Data over Sound: the communication technology that wants to be accessible to all 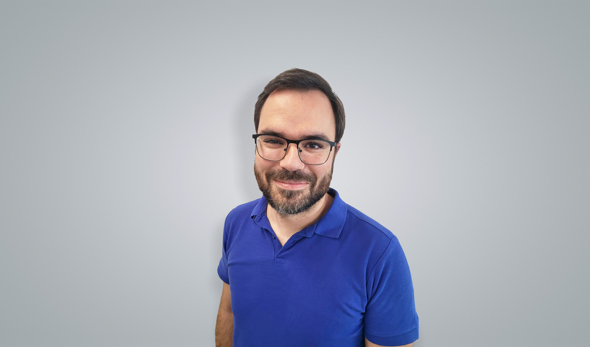 Today's world is characterized by large development disparities. Data over Sound (DoS), created by LISNR, presents itself as the solution that wants to break down barriers in the world of technologies.

Communication technologies between equipment are constantly evolving, motivated by an increasingly connected world. The best known, Wi-Fi and Bluetooth require specific hardware to work, which means that if the equipment does not already include the hardware, it will be necessary to purchase a new equipment that has this technology.

This is where DoS comes in, a new communication technology that can be installed via software on all devices, without the need to purchase new equipment or hardware. All it needs is that they have access to a microphone or speaker. More specifically, it is possible to install an application on the mobile phone, allowing it to communicate with others through sound, using only the microphone and the speaker. This is the great advantage of this technology - it can be used without the need to buy new equipment.

Today, the world continues to be characterized by large development disparities. In countries where the socio-economic context is challenging, this technology presents itself as a great advantage, especially when the general population does not have access to last generation equipment. In addition to this limitation, there is still less coverage by mobile communication operators. Internet access becomes difficult, and users have almost non-existent Wi-Fi networks that they can use as an alternative.

With this panorama, it is important that there is a local communication between the various devices that can respond to the limitations that occur. In this scenario, DoS emerges as the solution, not requiring new equipment or any need for internet access to make it possible to exchange data between devices. The exchange is made in a simple way, just bring the two devices closer to each other for it to be carried out.

To respond to this accessibility challenge, DXspark used the technological base developed by LISNR, technically adapting it to a real use, having integrated DoS in a mobile application in the financial sector, used in a country where access to mobile data is still a privilege.

Its main target is people who do not have access to last generation equipment, thus facilitating the performance of various types of financial operations, without restricting these new features to the latest mobile devices. Making payments using sound is just one of the several examples of an operation carried out using this technology. It is enough to bring the customer's mobile phone close to another mobile phone, belonging to the banking institution, for the payment to be carried out successfully.

To make the payment, an exchange of information necessary to authenticate and validate the same is carried out. For this context, the information is still encrypted on the user's equipment side, before being sent. These encrypted data are only decrypted in the banking institution's services. The equipment that receives the data via DoS cannot decrypt it, and for this reason it cannot access the data that the customer is sending and is only serving as a proxy between the customer's equipment and the banking institution's services.

To allow the exchange of information between devices, DoS has two types of roles, the host, and the client. 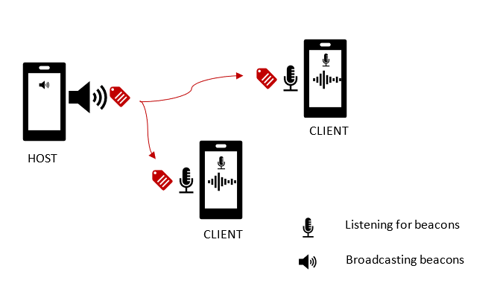 Figure 1- Sending beacons from the host to multiple clients at your reach.

A host can send small messages to all equipment within its range, as shown in Figure 1. This type of messages is called beacons, and its ability to send data is limited to a hundred of bytes.

Beacons, in addition to sending data to various clients (a broadcast communication), also include information about the host that is transmitting. This information will then be used by whoever wants to send data to the host.

The host also can send a larger message, but only when the message is specified for a client and in response to a request from a client. The host cannot initiate direct communication to a client.

Figure 2 - Sending a message from a client to a host.

The transmission of a message to the host is represented in Figure 2. When the client detects the host, via beacons, it starts transmitting an exclusive message. The host, after receiving the message, enters one of the following states:

Still on the client, it does not have the option to send a message in broadcast. Communication is always done between a client and a host; unicast communication and it is not possible to communicate between clients or between hosts.

Each beacon and each message, used in communication via sound, are modulated and converted into different frequencies, which are then transmitted through the device's speaker. Depending on the quality of the speaker, the recipient's microphone, ambient noise, and the size of the message, it influences the success rate of the transmission via DoS. But since this is a short-range technology, where the equipment must be closer, spaced by a few centimeters, as with NFC, and with messages with an optimized size, its effectiveness is high.

Even if the conditions are not ideal for carrying out a transmission via sound, DoS implements recovery mechanisms. Only after several unsuccessful attempts the DoS reports that the message could not be sent to the recipient. If this happens, the application can inform the user to bring the equipment closer, or provide tips, to increase the probability of successful transmission via sound.

This new communication technology, being audio-based, can be compared to other types of technology that are already on the market. Near Field Communication, known as NFC, is one of the short-range technologies already widely used. The big difference between this technology and DoS is that it requires a specific hardware that is usually only found in newer equipment. In the case of DoS, it is enough for the device to have a microphone and a speaker, something common to all equipment used in our day-to-day, making it more versatile.

Although the world of communication technologies is constantly evolving and there is already a wide offer, DoS has found its space in markets where the population does not have access to recent equipment. It allows it to have access to new functionalities in the communication between various applications, without being limited only to the latest generation equipment. Because, deep down, technology should be accessible to everyone.