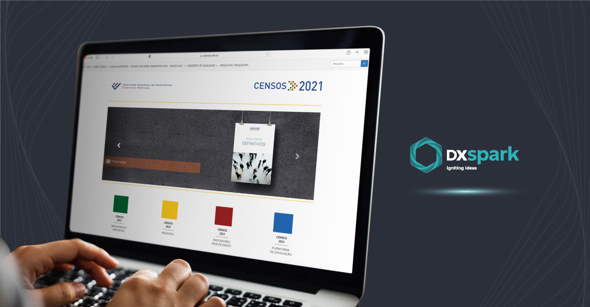 DXspark, in partnership with the INE technical team and its Census office, was responsible for the development of the Censos2021 Website and Form, the eCensusador Mobile Application. The results of the census were known today.

The work was carried out from gathering requirements, implementing and supporting the census operation, always taking into account cybersecurity and its efficiency for users. The Mobile Application covered a total of 11,000 census takers and 4.2 million Census2021 Online Forms were submitted, corresponding to around 10 million citizens.

DXspark was also responsible for the migration of INE applications, with a team of 20 developers. Technology already has a long relationship in this process, which began in 2018 with the development and testing of the use of a Mobile Application used for the 2018 Census Test.

The 2021 Census was a large-scale national operation, reaching 4 million buildings and 6 million households. With the aim of quantifying how many people live in Portugal, INE's major technological focus was on maximizing the use of digital channels, making the census operation almost entirely digital. The official results include 98% of the responses that arrived this way, are now available and can be consulted here.